Using Play to Streaming With Xbox One

Earlier this week, I asked myself the question Can I stream video from PC to Xbox One?

After a fruitless 10 minutes hunting around the Xbox One UI for a System Video Player (or something like it), I took to the Internet. It turns out such a thing doesn’t exist. Oops.

I did, however, find and enable a promising “Allow Play To streaming” option tucked away inside the Preferences menu.

So what is “Play To streaming”? Here’s what Microsoft has to say about it:

“Enable this if you want to play video and music on your Xbox One from the Windows 8 and 8.1 Share charm and other Play To compatible devices.”

Promising indeed! Time for a bit of background reading.

So, it turns out both Windows 7 and Windows 8 allow you right click on media files and “Play To” another device on your home network.

In Microsoft’s own words:

“You can use the Play To feature to stream video, music, or picture files stored on your computer to a separate playback device on your home network. That device could be another computer, TV, or stereo connected to your network.”

You wouldn’t know it from their literature, but Play To actually conforms to the Digital Living Network Alliance (DLNA) standard. Any device which meets the DLNA interoperability rules should be a capable target for Play To - in this case the Xbox One.

Testing out Play To

First, the good news. Most of the .mp4, .avi and .wmv files I threw at the Xbox One worked great. I was able to push them directly to the Xbox One without many hiccups.

Second, the bad. Unfortunately there are a few more of these: 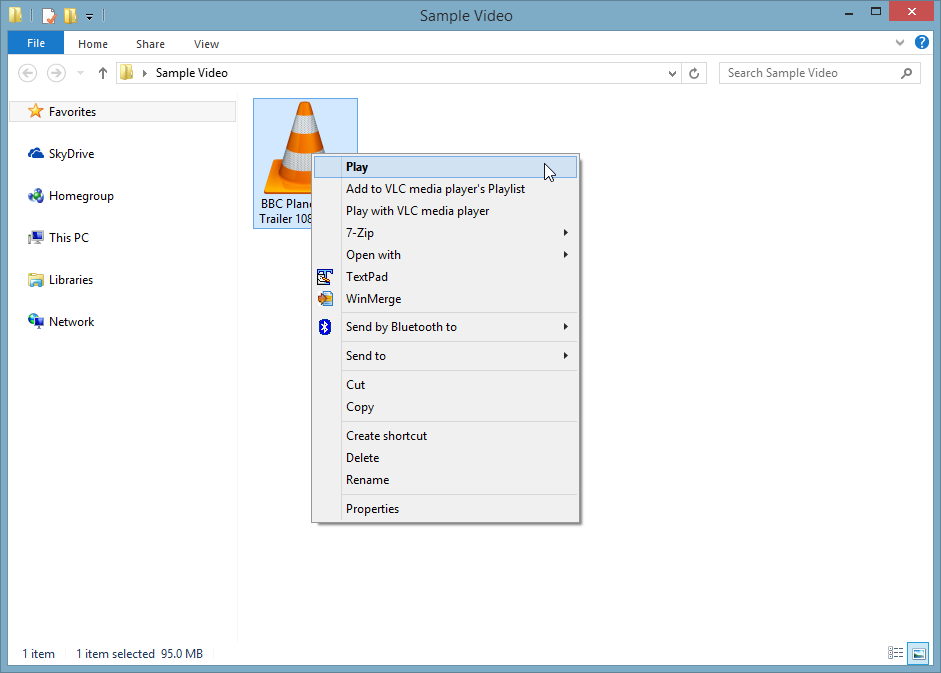 I think some more reading on DLNA is required.